But it feels like I have to say something!

I keep trying to find words to express my dismay…

There are probably many other things I could mention.

Yet at the same time, there are things that give me hope:

Which will it be?

Another round of thoughts and prayers….

Another series of “conversations” about whether or not changes in gun laws would have saved lives….

Another time of red flags missed…

But people are still dead.

What should have been a time of peaceful worship…of celebration of the naming of a child…is destroyed in a rain of bullets and hate.

There will be more vigils….

And we will say “never again”….

But deep in our hearts we know it will happen again…because we are too in love with our guns to make any changes. Too in love with our ideas of “freedom” to work together to make our schools and places of worship safe for everyone. Too enamored with our freedom of speech to acknowledge that words of hatred and division have an impact.

And how many more will have to die? 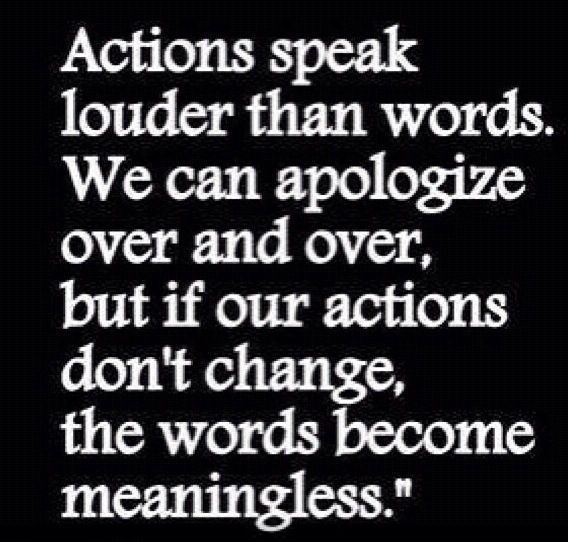 “Why does political ‘stuff’ have to get talked about at church? I come to church to hear God’s word; I can get enough of the other stuff the rest of the week. Shouldn’t church just be…well…church?”

My father, who was a full-time minister in my faith tradition, had a saying that the responsibility of the church was to comfort the afflicted and afflict the comfortable.

I’m not sure we’re really accomplishing either of those responsibilities very well today.

There are a lot of hurting people who would like to find a place where they are accepted, loved, and told they are people of worth. Unfortunately, far too often when they step into a church, they are told that they have to change…that their lifestyle keeps them from being loved…that God hates who/what they are…and they leave feeling worse than when they come.

And those who are comfortable far too often find themselves able to nod in agreement when they hear words that confirm that their comfortable lifestyle is proof that God loves them and what they are doing meets with God’s approval.

Too often church means we close the doors on the world as it is and the rest of the week, making a nice, safe shelter for us and those we like and agree with.

But those of us who claim to be followers of Jesus need to take a closer look at this one we follow.

He started out his public ministry by quoting an older prophet (Isaiah 4:18-19 CEB):

The Spirit of the Lord is upon me,
because the Lord has anointed me.
He has sent me to preach good news to the poor,
to proclaim release to the prisoners
and recovery of sight to the blind,
to liberate the oppressed,
and to proclaim the year of the Lord’s favor.

When his followers asked him to teach them to pray, he included this as part of his prayer (Matthew 6:10 Good News Translation):

may your Kingdom come;
may your will be done on earth as it is in heaven.

Both of those teachings sound to me like we have some major responsibility towards those we share this earth with.

And there’s an even clearer message. Many of us who claim to be followers of this Jesus may be surprised when we face him. Here’s what he said about that (Matthew 25:31-45 The Message):

When he finally arrives, blazing in beauty and all his angels with him, the Son of Man will take his place on his glorious throne. Then all the nations will be arranged before him and he will sort the people out, much as a shepherd sorts out sheep and goats, putting sheep to his right and goats to his left.

Then the King will say to those on his right, “Enter, you who are blessed by my Father! Take what’s coming to you in this kingdom. It’s been ready for you since the world’s foundation. And here’s why:

Then he will turn to the ‘goats,’ the ones on his left, and say, “Get out, worthless goats! You’re good for nothing but the fires of hell. And why? Because—

Then those ‘goats’ are going to say, “Master, what are you talking about? When did we ever see you hungry or thirsty or homeless or shivering or sick or in prison and didn’t help?”

He will answer them, “I’m telling the solemn truth: Whenever you failed to do one of these things to someone who was being overlooked or ignored, that was me—you failed to do it to me.”

For some reason, we humans seem to want to make the world in our image. We want it to be ordered and fixed the way we want it to be–and we seem to be willing to do almost anything to make it that way.

But science shows us that there is an infinite variety and diversity.

And for those of us who call ourselves Christians, our sacred book of scripture talks about the process of creation–that God created this wonderful diversity, including the diversity of human beings who are made in God’s image.

We don’t understand the reasons for all that diversity in creation…and maybe there isn’t any real reason. Maybe God just enjoys creating that variety!

If that is the case, then why do we keep thinking that we need to erase everything and everyone that doesn’t fit into our nice neat boxes? Why can’t we just delight in the varieties in our wonderful world?

The current administration is considering a policy that would effectively erase the identity of transgender individuals:

“Sex means a person’s status as male or female based on immutable biological traits identifiable by or before birth,” reads the memo, according to the Times. “The sex listed on a person’s birth certificate, as originally issued, shall constitute definitive proof of a person’s sex unless rebutted by reliable genetic evidence.”

But that ignores what we have been learning about the science of gender identity and sexual orientation…and insists that doctors ignore what is in the best interests of their patients simply because a government policy (created by individuals who have had a habit of ignoring scientific evidence that they don’t like) decrees that something doesn’t exist.

Transgender people do exist. They are our brothers, sisters, aunts, uncles, sometimes parents, friends…. They have the same hopes, desires, dreams, fears as the rest of us–and they do not deserve for their identity to be erased by the government.

I keep reading and hearing posts about how “all these Democrats” and “liberals” are ruining the country…are anti-God…are anti-patriotic…who hate anyone who disagrees with them…want to take away everybody’s guns…and on and on. You know the kind of language I’m talking about.

Well, I’m not sure who all these Democrats and liberals are that are being talked about. While I am a registered Independent, I tend to vote Democratic, and I would consider myself liberal. But I tend to get lumped into that group.

You might be interested to know that I am an ordained minister who believes in God’s love for all people. And while Christianity is the path that I have chosen, I have also enjoyed sharing with friends and family members who have followed different spiritual paths (or none).

I love the country of America. I lived for a few years of my childhood in another country, but America is my home, and I love it.

While I don’t want a gun in my home, I’m not trying to take away everybody else’s guns. My daughter has a concealed carry permit. I have family who hunt. I’m fine with folks having guns for target practice…for hunting…and even for self-protection if that is their choice. But I think it’s well past time for some common sense gun control so that we don’t keep having to send “thoughts and prayers” to the families of people killed by someone who thinks they have a right to carry a weapon whose only purpose is to kill as many people as possible.

I believe that climate change is real, that we–as human beings–are major contributors to it, and that we must make major changes to try to reverse it before it is too late. I don’t believe we have much time, and I am concerned that a refusal to acknowledge it is far too prevalent today.

And yes, I support legal abortion. I remember back alley abortions, and I don’t want to go back to that time. There are a lot of reasons why a woman might choose to have an abortion, and I believe those decisions should be made by her in consultation with her doctor, her significant other, and a minister (again, if that is her choice).

I also support equality for members of the LGBTQ+ community. I didn’t always…but I have grown in my understanding of gender identity and sexual orientation, and I can no longer deny individuals the same rights and protection that I have.

Although, as I indicated above, I am an ordained minister, I believe there should be a wall of separation between church and state so that all individuals can worship in safety, without the government breathing down their necks.

I believe that women should be able to feel safe when they walk down the street–and that their experiences should be believed. Yes, I know there are sometimes false accusations, but those are few and far between. It’s far more likely that a woman will not share an experience of sexual assault because of how she has seen other women attacked and demeaned while reliving a traumatic experience.

I also believe that there has to be a better way of working out our differences with other governments than going to war. However, I appreciate those individuals who choose to join the armed services as their way of helping to protect this country that I love. My husband served in Vietnam, and two of my grandsons also served in the military. One was a Marine who served in Iraq and who died far too young. The other was in the army and served in Afghanistan.

I would love for us to return to a time of civility with each other…with a willingness to engage in true conversation with each other as we search to find common ground. I would love to see lawmakers be willing to reach across the aisle to work together…to understand that “compromise” is not a dirty word.

I do also see some posts and comments making similar comments about “Republicans” and “conservatives”…so this issue is not one-sided. We are all guilty.

We have to, before it’s too late. Before this country becomes so terribly divided that we cannot find our way back together. I just hope it’s not too late…